The difference between HDD and SSD 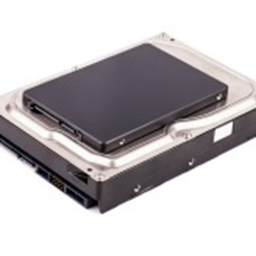 The standard hard disk drive (HDD) has been the predominant storage device for desktop computers and laptops for a long time. But now, with the invention of solid state drive (SSD) technology, computer buyers and users have access to the latest innovation that’s setting new trends in the storage market. So which one should you go for – the HDD or SSD? Read on to find out.

What is an HDD?

A hard disk drive (HDD) is basically a storage device in a computer. It is comprised of metal platters with magnetic coating, spindle, and various moving parts to process and store data. The common size for laptop hard drives is the 2.5” model, while a larger 3.5” model is usually found in desktop computers.

What is an SSD?

A solid state drive (SSD) is another type of data storage that performs the same job as an HDD. But instead of storing data in a magnetic coating on top of platters, an SSD uses flash memory chips and an embedded processor to store, retrieve, and cache data. It is roughly about the same size as a typical HDD, and bears a resemblance to a smartphone battery.

Now let’s take a closer look at the two devices. We break it down into the following main categories:

This is where SSDs truly prevail. While HDDs need a long time to access data and files because the disk must spin to find it, SSDs are up to 100 times faster since data can be accessed instantly. This is why an SSD-equipped PC will boot within seconds and deliver blazing fast speed for launching programs and applications, whereas a computer that uses an HDD will take much longer to boot the operating system—and it will continue to perform slower than an SSD during normal use.

As of writing, SSD units top out at 16TB storage capacity. Although there are large SSDs, anything that’s over 512GB is beyond most people’s price range. HDDs, on the other hand, have large capacities (1-2TB) available for much more affordable prices.

HDDs consist of various moving parts and components, making them susceptible to shock and damage. The longer you use your HDD, the more they wear down and most eventually end up failing. Meanwhile, an SSD uses a non-mechanical design of flash storage mounted on a circuit board, providing better performance and reliability, and making it more likely to keep your files and data safe.

An HDD can sometimes be the loudest part of your computer. Even the highest-performing HDDs will emit some noise when the drive is spinning back and forth to process data. SSDs have no moving parts, meaning it makes no noise at all.

More moving part means more heat, and HDD users will have to live with the fact that their device will degenerate over time. SSD uses flash memory, generating less heat and helping to increase its lifespan.

To be frank, SSDs are much more expensive than HDDs for the same capacity. This is why most computers with an SSD only have a few hundred gigabytes of storage. SSDs are about twice the cost of HDDs.
Despite the high costs and low capacity, SSD is a clear winner over HDD in terms of performance. While you’re paying more for less memory with an SSD, you’re investing in a faster and far more durable data-storage option in the long run.

We recommend using an SSD as the primary storage for your operating system, applications, and most-used programs. You can install another HDD inside the same computer to store documents, movies, music, and pictures – these files don’t need to leverage the incredible access times and speed of SSD.

Looking to invest in some new hardware for your business? Make sure you talk with our experts before you make the decision—we can provide sound advice and help guide you in the right direction.