Shiny gadget of the month: The Superbook – turns your smartphone into a laptop 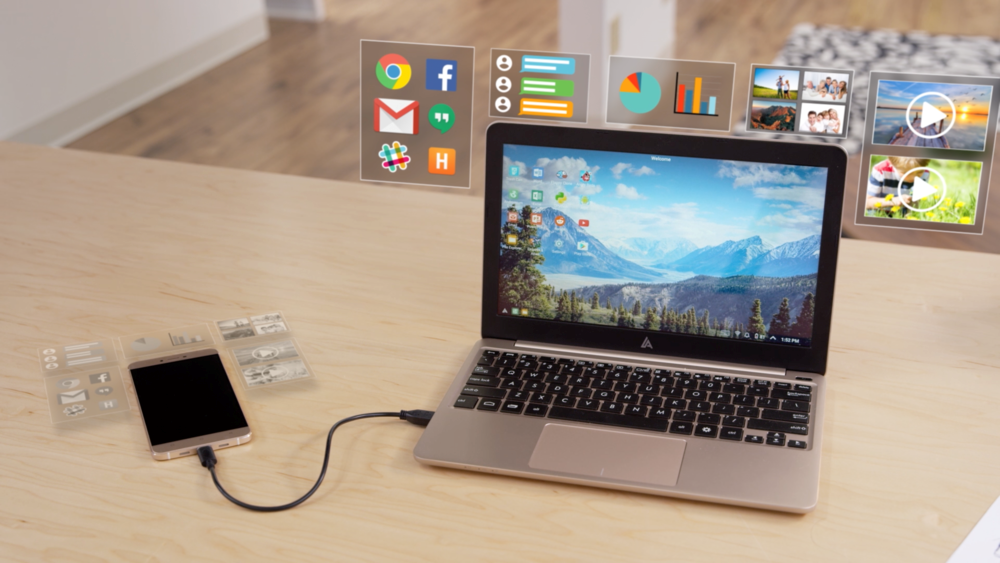 You know, smartphones are great, and we’re never without them… but they’re not that practical when you’re trying to do anything work related more in depth than reading some email so you can respond in a pinch. For instance, have you ever tried to edit an Excel or do anything else meaningful in an Office application? Doesn’t work. Even playing a game for fun in your day can be a real struggle on a phone.

Well, now there’s a new gadget that’s about to change everything. It’s called the Superbook and it uses the power of your phone to turn what is essentially a laptop shell into a fully functional laptop. That’s nifty.

The device was created by Andromium Inc., which was founded by Google and Y Combinator alumni. This idea has become so well received that it’s raised nearly $3 million in funding, though its goal was only $50,000! The Superbook has even already been praised by The Verge, Fortune, Forbes, and other news giants.

But what exactly is the Superbook? Well, fundamentally it’s a smart laptop shell that provides users with a large screen, keyboard, trackpad, eight or more hours of battery life, and a phone charger. Plus, it’s easy: plug your Android smartphone in, and it’ll launch itself into a full laptop experience for you. At $99, this is quite the steal.

This means that essentially, you’d get a brand new laptop every time you got a new phone. Obviously it can’t match the power of some laptops, but if you’re using Office applications, browsing the Web, and checking email, the Superbook will handle those jobs nicely. You can even play some games. Your only limits are the app store and what your phone can handle, not the Superbook itself.

I really think this could be a cool gadget, and $99 isn’t a bad price considering what you get. The only drawback I see right now is that you need an Android phone, which is a bummer for all the iPhone users out there. This would be a great inexpensive business product if you had to travel, but didn’t have a laptop and needed something quick and easy to use to still get work done on the road.

According to Andromium, “The Superbook is compatible with all modern Android devices, including Samsung Galaxy / Note, LG, Nexus, HTC, Sony Xperia, Blu, Huawei, and many other smartphones. As long as your phone supports USB-OTG (which it most likely does), the Superbook will work for you.” If you like details, it comes with a 11.6” HD display, eight or more hours of battery life, multi-touch trackpad and keyboard, access to all files and apps on your smartphone, and you can even use your phone’s data, Wi-Fi, and Bluetooth.

The Superbook is still in the pre-order stage with an expected ship date of February 2017. Click here to see it for yourself.