Shiny gadget of the month: Here One: Earbuds for the Future 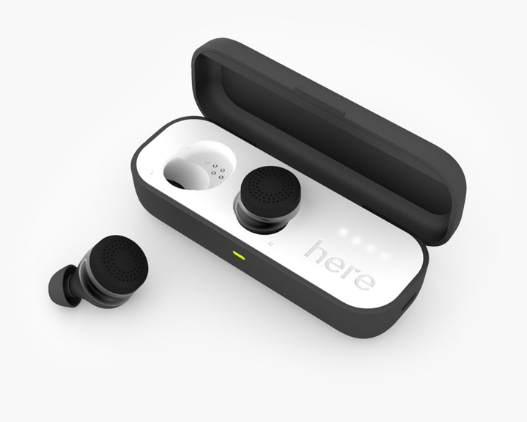 Headphones are something probably everyone has in some form or fashion. You get them with a new phone, and if you’re into music or you work out, you probably have a set for that too. There’s a set for just about anyone, from low cost to expensive, but pretty soon there’ll be a new set of earbuds that could change the game. The Here One wireless earbuds are a peek into the future with potential for some really cool technology packed into them.

By eliminating the headphone jack in the newest iPhone, Apple will undoubtedly change the headphone landscape with a greater demand for wireless headphones. Doppler Labs has come up with a really cool concept with their Here One earbuds. These $299 earbuds come packed with features. For instance, there’s a big focus on being able to use these in all aspects of your life, not just for music. They have noise cancelling ability, and also smart noise filtering. So if you want to be selective about what you block out, like a plane engine, or background chatter so you can hear what you want to hear, you can. They even have speech amplification, so if you’re in a crowded restaurant trying to have a conversation, you’ll be able to focus on and hear what you want. They also can also tune out certain noises while letting others in, so if you’re biking you’ll be able to still hear a car horn and be aware of your surroundings while listing to music. Another example: tuning down office noise so you can listen to music. You can even take a call on a loud street.

In addition, Doppler Labs demoed their earbuds with a language-translation tool to translate and facilitate a conversation between two people speaking different languages. Yup, you read that right. The earbuds translated the conversation. Translation is still in testing so while your earbuds won’t ship with this capability out of the box, it is a possibility, and I think it would be a really cool feature for anyone traveling.

The earbuds work along with an app for your iPhone or Android phone and can give you personalized feedback based on your habits and preferences when using the headphones. They’re supposed to be shipping in time for this holiday season. You can find out more and get on a waitlist for them on their website here.