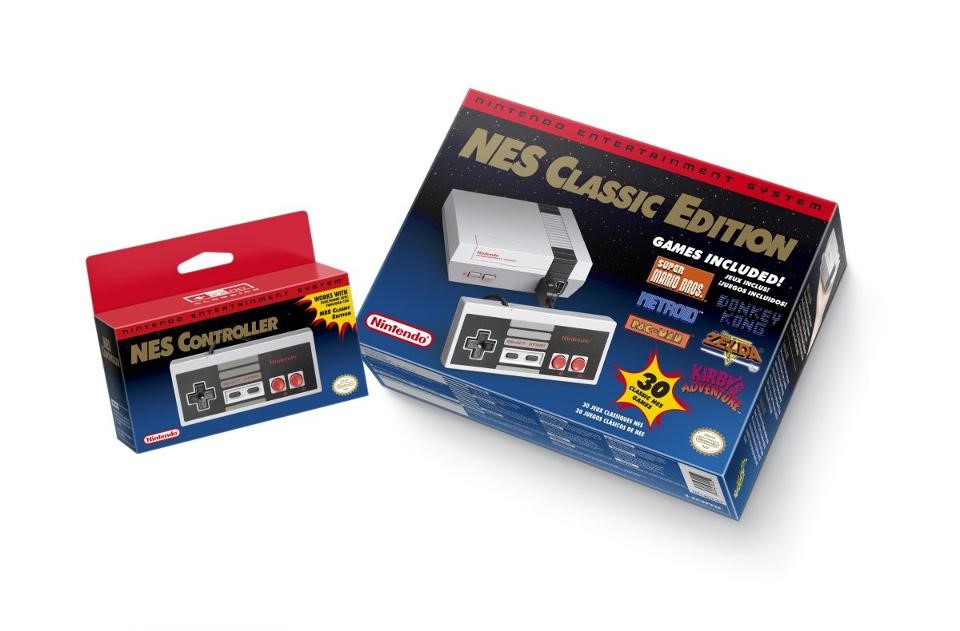 It is that time of year again. The Holidays are right around the corner and people are searching for an exciting fun gift to give. Each year there tends to be a hot gift that everyone is trying to get. This year the Nintendo NES Classic is proving to be a super-hot item that is proving difficult to find. No, it is not 1985, it really is 2016 and nostalgia is winning over everyone who cherished one of the original devices when they were young. This console is not quite the same since it does not use a physical cartridge, but instead comes loaded with 30 games digitally (such as the Mario Bros games, Legends of Zelda, Pac-Man, etc).

While some of these games have been available to play across other consoles for download, not everyone had access to a console to play them and this gives a low cost entry point to play them. Part of the real draw is the fact that it is literally a little replica of the original console. For $60 it comes as a USB powered system (that can plug into your PC or a wall) with one controller and the option to purchase another for $10. You can still play with a friend by trading off the controller just like you did with the original. You also get the option to choose between different display modes for a more modern aspect ratio, or go with a more nostalgic look.

One drawback is that the controller cord length is a little short, something maybe we never though much of when we were younger. Another drawback, if you can call it that, is that it is not internet connected so it likely will never be able to play games outside of the 30 preloaded ones. For $60 getting a console, controller, and 30 games is the same as buying just a single game for a newer console, so you are getting your money’s worth.

These consoles have been flying off the shelves since it was released and are sold out many places. Keep in mind that this console retails for $60 and NOT $100’s like they are being resold as, so don’t get caught by someone trying to scam you. Nintendo is promising more stock before the holidays though so keep an eye out if you need a fun gift idea for a nostalgic gamer or even to share an experience with your kids of something you once had.